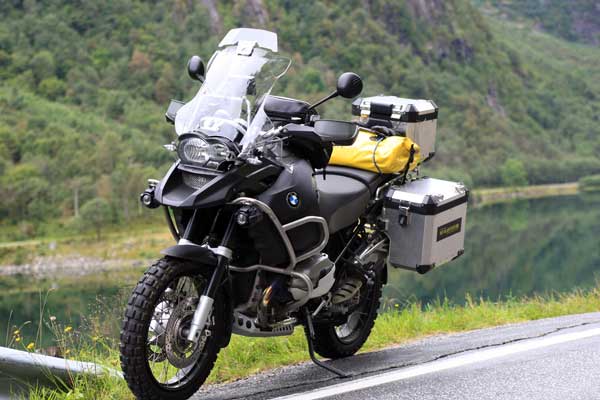 I am back home after a very memorable weekend trip to Bergen and Sognefjorden. Photos from my motorcycle photo adventure can of course be found on my Photos page.

The purpose of this trip was at least two-fold, with one definite highlight being the “surprise” reunion with Evan and Sumie who I got to know while studying in Australia between 2001 and 2004. Currently living in Berlin and Barcelona, they were in Norway this week on holiday, and together with another former student and friend of Evan’s, and now my work colleague at Capgemini, we organized to meet and catch up over breakfast since I was already in Bergen. Very nice indeed!

So why was I in Bergen? Well, this visit coincided with another errand I had scheduled to drop of a package (something I sold through Finn.no that could not be sent by mail). It was my first time ever in Bergen, and the impressions were quite strong on me 🙂

Being a motorcycle photo adventurer, I also had another purpose of my trip – to ride the magnificent Sognefjorden. So, after leaving Evan, Sumie and Tommy to do some proper sightseeing in Bergen, I got on my bike and continued north.

What I have heard about Sognefjorden all turned out to be true. It is magnificent. Although the weather could have been better (I am not complaining, only stating facts), I really enjoyed the ride and the scenery. I made quite a few stops along the route, although far from enough stops to capture all the impressions “on film”. Striking sights are around every corner.

You can’t really see it in this picture, but trust me, I was smiling all the time while riding along Sognefjorden!

Sunday, the last leg of my trip was only a short ride from Stord and back home. While waiting for the ferry at Arsvågen I met a fellow GS rider from Germany who was on his way back home from his Nordkapp ride. His mate, who was riding a Moto Gussi, had experience some electrical issues and was forced to leave his bike at Nordkapp and catch a flight back home to Hamburg. I feel sorry for him. The guy I met had done 7000 km during this trip alone, without even a hitch from his 1150 GS.

More photos are added in the galleries on my Photos page.